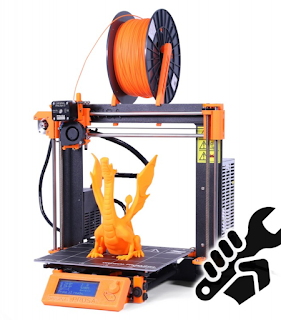 I am not an early adopter of technology. When 3d printing came out-I thought cool, but the quality of these things kinda sucked. Little did I know that most of these printers were set for speed and not quality. Still, when I saw reviews of the Original Prusa Mark II, I was blown away at both the quality and the price point. It was time to get a 3D printer. Or more precisely, it was time for my parents to get my kids one ;-).

Fast forward 8 weeks as the Prusa had a 6-7 week backlog. I selected the kit version because a) it was 200 dollars cheaper and b) I figured if I knew how to put it together, I would be better served fixing it in the future.  While I typically let my kids participate in assembling things like furniture or even computers, the 3D printer required a bit more finesse and accuracy. After laboring a few days to put it together-I finally plugged it in and it wouldn’t turn on. I doubled checked the wiring and connectors and everything was fine. It seems that the LCD cables needed to be stretched out all the way. I am not sure why this worked, but it did.

Now that we have the printer, we got around to printing things. My intent was to help the kids learn how to model and design in 3D. So what projects needed to be done?

One of the many great things about this printer is that all the parts on this printer were printed from this exact model printer. Known as RepRap, this printer has a great open source community of support.
While assembling the printer I had cracked this cable holder by screwing down a nut too tight. This part did feel flimsy but it seemed to do its job With all the parts online, I just had to find it and print it out. Thinking I could beef up the design, I increased the thickness on the walls in the Slic3r program. Unfortunately, what I hadn’t accounted for was that the nylon tub that fits into the hole was greatly diminished and I could get the part to fit. Since I needed this part to print out more parts, I cheated and super glued the old part back together and zip tied it up. So far the zip tie/super glue option works so I haven’t reprinted the part yet. 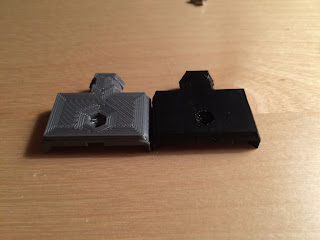 Over Christmas I broke a Magic Bullet blender by trying to grind cinnamon sticks. The little plastic cog that connected the motor shaft to the blending shaft exploded. I am not sure if that was an intentional design flaw to prevent the motor from burning out, but I was determined to recreate that plastic cog.

I spent some time thinking how I could model this component, but in the end I realize it was just a few extruded triangles intersecting with a cylindrical shape. A few iterations on getting the right sizing and it fit.

Now the question was, would this cog have enough strength or would it blow apart like the previous part? To be cautious I broke the cinnamon sticks in half and tried it again. With a few stutter starts, the Magic Bullet, pulverized those sticks. I now had a nice fragrant blend of cinnamon

I gave my son a cheap wireless mouse and the next day he comes home with the clicker broken. We opened the mouse and soon discovered a small plastic tab had broken off the button depressor and created a 3mm gap between the button and the electromechanical switch. This looked like a perfect job for 3D printing.

We discussed a few design possibilities, but settled on a design that utilized a hole in the mechanical switch. Since I was more familiar with Fusion 360, I had my son measure the components while I designed the part in front of him. Within in 10 minutes were were done and in 10 more we were printing it out.  The printing out took a few iterations as we had to change the orientation of the print a few times so that it comfortably stuck to the print bed. 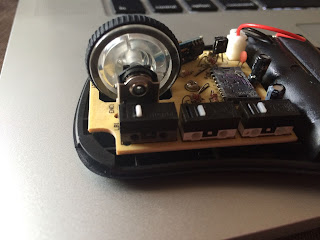 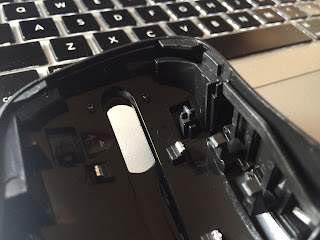 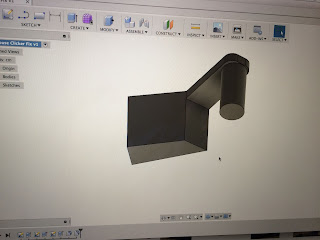 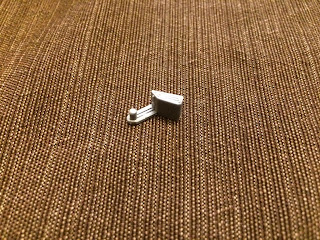 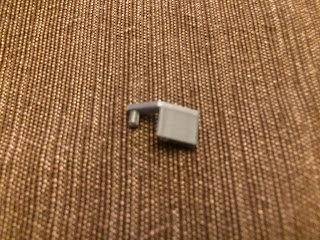 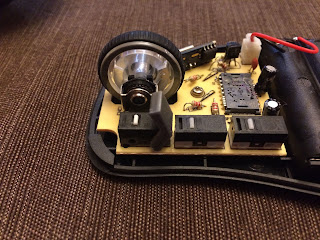 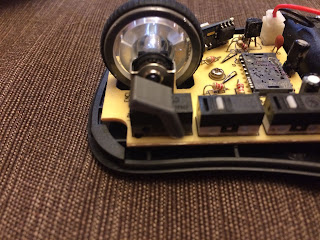 Cleaning the stove light cover, I accidentally tore off the tab that held the cover in place. I was feeling cocky now. I can print a replacement cover. At first I thoought I was going to re-print the entire 6×4 cover, but I later re-evaluated that I only need to replace the torn off tab.

This was a good idea as I later realized I didn’t have any transparent filament. Designing the tab took a few iterations. I haven’t master my control of Fusion 360 and some constraints set in when I wanted to move certain sections of the design-the whole design would skew. I had to delete and remove a few sections as opposed to modifying them. I still need to master all the contraints.

Again-this took mew a few iterations to print and fit, but when it was done, the stove light cover stayed up. The fit was a little snug-but it was good enough.

Now-I’ll have to figure out what to fix next. Someone suggested breaking things on purpose, but I am not that much of a masochist. 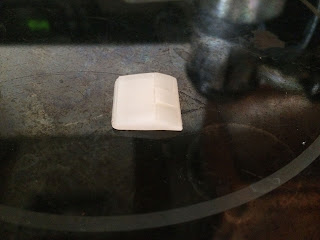 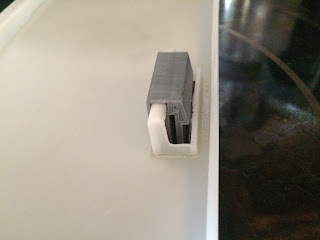 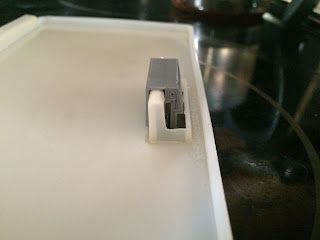 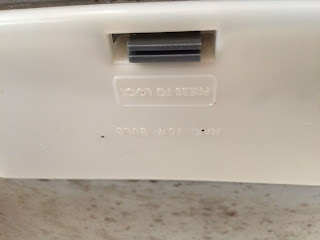 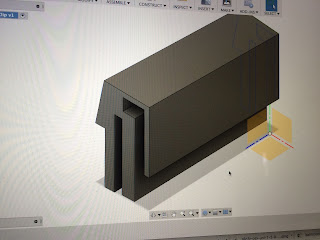 Biking in China-The Journey to Riding Bikes in Guangzhou

I love to ride bikes. When work took me to China for 3 weeks, I was hoping for the opportunity to keep riding. In reality, I was concerned I would lose all my riding fitness. Read more…

Traveling to China to the Canton Fair

It’s Friday the 13th. I am heading to China. Guangzhou precisely. It is not a very lucky day to travel, but this begins a 3 week trip to a attend an international trade show in Read more…